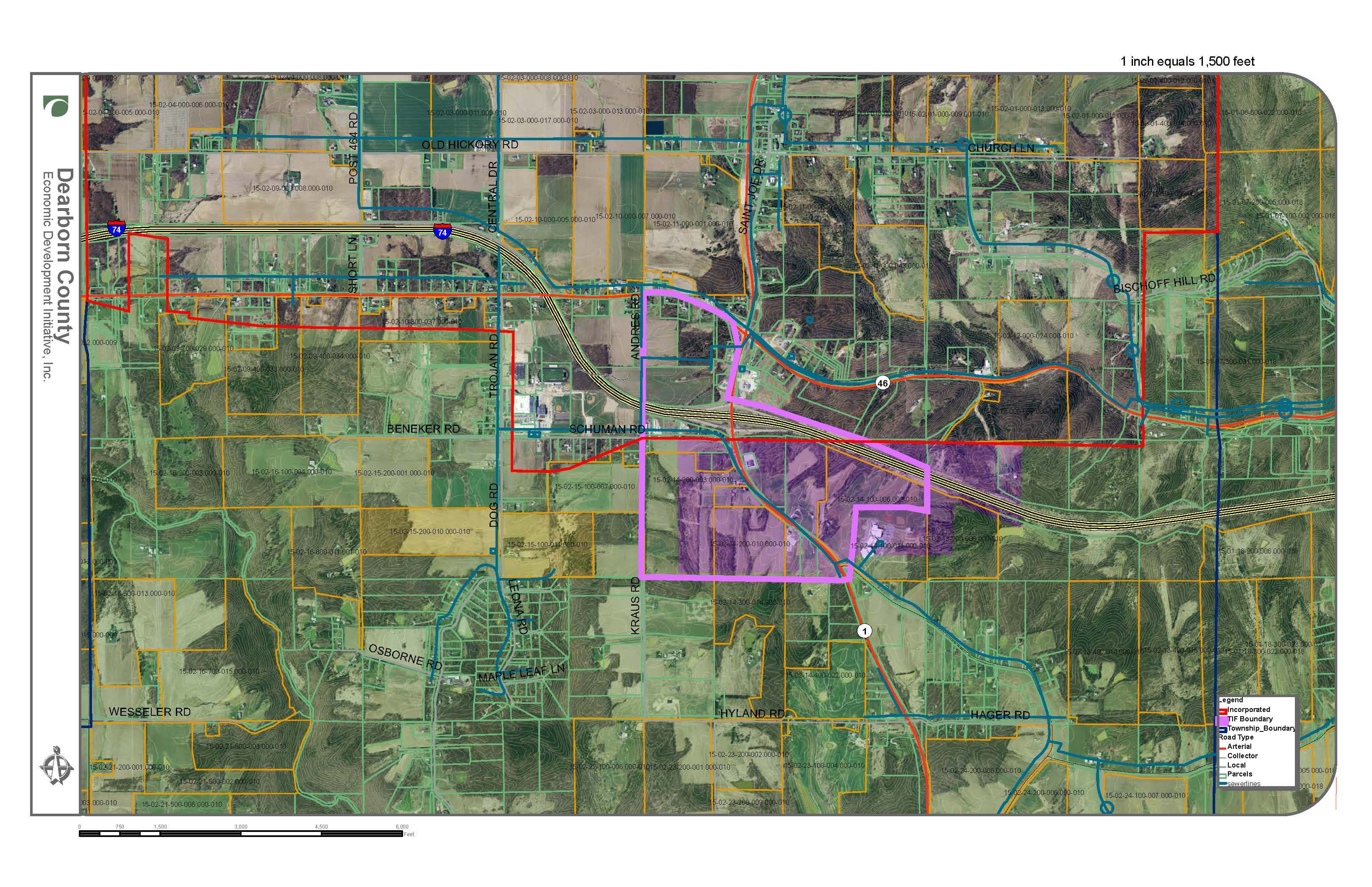 By its very definition, Spatial Data Infrastructure (SDI) has many different input providers and consumers, as well as emerging and unknown new uses and repeated uses over time. Therefore, placing a quantitative measure on the return on investment (ROI) of an SDI is an extremely complex problem.

In 2005, Indiana completed an ambitious project to map the entire state once over with high-quality orthophotography. These new maps became the foundation of the IndianaMap – our statewide SDI – a detailed map of Indiana to be used by government, business, and citizens. The 2005 orthophotography was part of a grant-funded project coordinated by the Indiana Geographic Information Council (IGIC). With known costs and nearly three years of usage, IGIC endeavored to conduct a retrospective ROI study to see how the investment paid off.

Our approach is similar to that taken by mineral economists’ Bhagwat and Ipe in their pioneering report Economic Benefits of Detailed Geologic Mapping to Kentucky [1]. Their approach is a retrospective study to first estimate the value to an individual map user and then to extend that value to all the possible map users over time to get an estimate of the aggregate benefits of a mapping program. Two separate methods were employed, aggregate value ROI and usage ROI, to evaluate the return on investment. The results of both methods are consistent and show a strong 34:1 return on investment in under three years. IndianaMap Orthophotography proves its worth as a good investment of public funds.

Input was sought from a known user base (those who are registered with the IndianaMap download sites and email distribution lists) through an appropriately designed questionnaire that was implemented through an online survey tool. The response rate to the survey was encouraging and exceeded commonly accepted response rates in marketing surveys.

For the purposes of this study, we make an estimation of total users based on 1521 registered users on the University Information Technology Services at Indiana University’s download site for the IndianaMap orthophotography (http://gis.iu.edu). These users download and use IndianaMap data on their own systems. They include government regulators, engineers, utilities, realtors, appraisers, mining companies, researchers, planning officials, and teachers. Three hundred fourteen (314) responses were received during May and June 2008. This is a 20% response rate and is nearly four times the rate considered acceptable in the marketing business [2].

Statewide, the orthophotography maps consist of a series of photo “tiles” each measuring 4000 feet by 4000 feet. There are 68,592 total tiles in the statewide project. The total cost of the orthophotography project acquisition and initial data distribution was $7,432,625 (this does not include project management or secondary web distribution by the IndianaMap collaborating organizations). For this analysis, IGIC used two standard measures of return on investment (ROI), specifically “Aggregate Value ROI”, and “Usage ROI”. The results show an impressive 34:1 return on investment. The statistical calculations are derived as follows:

This can also be expressed as:

Figure 1. Sample County Tile Grid Ohio County depicting “tiles” each measuring 4000’ by 4000’ on the ground.  Each tile represents an aerial photograph.  In all, it takes 66,966 tiles to complete a statewide orthophotography map.

To calculate the return on investment, we must calculate the aggregate value and divide that by the total costs for data production and initial distribution. We used the survey results from 312 respondents along with known costs of production for this calculation. Although a theoretical framework for estimating the value of maps exists1, the relevant data required to estimate it may not be available in the real world. Therefore, we used an empirical approach to estimate the monetary value of the maps. First, the estimated value per tile was calculated, where:

On the survey, users were asked, “Had the 2005 orthophotography maps not been available, given the parameters of your operations and/or project, what would have been an appropriate amount of money to spend on the data?” This question was based on the premise that, in the absence of the IndianaMap orthophotography, the users would have to spend money to collect the information themselves. Such data provide a measure of the user-defined value of the maps. 204 (65%) respondents indicated a value or range of values.

Not unexpectedly the responses vary widely, for as stated by Barr and Masser [3], “Information has no inherent value, it is only of value once used and that value is related to the nature of the use rather than the nature of the information. As a result, information has very different values for different users.” Of those responding, some people indicated a range in the amount of money they would have reasonably spent. To maintain a conservative perspective, we consistently used the lesser value in cases where a range in values was indicated. Many of those not responding indicated that the total monetary value was difficult for them to estimate. Of those not providing a value, several indicated they had no budget to spend on the map data—their project simply would not have been possible without the availability of the IndianaMap. We put the user-defined estimate of the monetary value of the maps in the context of a single project and/or government operation for each respondent.

Respondents listed the geographic coverage area of their project and/or operations. Project size ranges from single acre sites to statewide. That coverage area was used to estimate the number of map tiles used per respondent. For each respondent, the monetary value (as described above) was divided by the number of tiles used to arrive at an estimated value per tile for each respondent. To ensure the results provide a conservative perspective, these results were plotted, and outliers (in this case, all estimated value equal to or greater than $300 per tile) were removed from the calculation. Finally, we averaged the results for all respondents, arriving at the estimated value per tile (Vpt) of $28.

It is noteworthy that on a per-response basis, a broad range exists in Vpt. This range reflects distinct value differences in the size of projects. When the data are grouped by the size of the project, the average Vpt for statewide projects ($4.71) is considerably lower than either multi-county projects ($22.14) or single county or smaller projects ($84.14). This can be interpreted as a function of the number of tiles required for different sized projects, with vastly more tiles statewide lowering the average Vpt. While smaller sized projects generally report large Vpt, it is the aggregate value of distinct (and sometimes unpredictable) uses that impart its worth, be it an important highway project, emergency response to flooding, tornado, or earthquake, or the location of a company like Honda to Indiana.

Next, we estimated use. Using the survey data, IGIC calculated the number of orthophotography map tiles used per project and/or operation and then summed the total number of map tiles used by all respondents. The results indicate an estimated total distribution and usage (Dt) of 8,969,130 tiles—a conservative estimate of usage based on a 20% response rate of known users. We use these data along with known project costs ($7,432,625) to calculate the ROI:

To test the reliability of our model, we look at the problem another way by examining the “Usage ROI” in which the return is based on an estimate of usage per tile divided by the number of times a tile must be used to break even. For this approach, we express the return on investment by the following calculations:

Again, it should be noted this is a conservative estimate based solely on reported survey results and does not account for anonymous usage through the www.indianamap.org web site, Google Maps, public libraries, or other public access points not accounted for in this study. It also does not comprehensively account for the use of imagery by groups who have local data copies and typically do not download it, such as county GIS staff, state agencies, and the Indiana National Guard.

Next, we used known cost figures to calculate how many times the maps need to be used for the investment to break even. There are 68,592 total tiles in the statewide project. The production and initial distribution costs to the counties and the state was $7,432,625. Thus, the average production cost was $108 per tile. Using the estimated value per tile previously calculated ($28), we calculate the usage ROI:

Two separate methods were employed to evaluate the return on investment. The results of both methods are consistent and show a strong return on investment in under three years. The retrospective analysis is possible given a discrete set of data with known costs and input from a known user base.

The Indiana Geographic Information Council (IGIC) is a nonprofit organization whose mission is to lead the effective application of geographic information in Indiana.  The IndianaMap not only advances this mission, it also contributes to the present and future work of numerous state agencies, local governments, private businesses, and academic institutions involved in economic development efforts, environmental management, transportation planning, public safety, land use planning, and much more.

IGIC owes a debt of gratitude to the State of Indiana and all our many collaborating organizations and individuals for the outstanding cooperation and support that has gotten the IndianaMap to where it is today.

The Economic Benefits of the IndianaMap Return on Investment Study was conducted by Saligoe-Simmel, LLC, and the Indiana Geographic Information Council (IGIC) originally published by IGIC in 2008. The study was supported by a grant from the Federal Geographic Data Committee Cooperative Agreements Program Grant Agreement Number: 07HQAG0042. Download the PDF [/av_textblock]