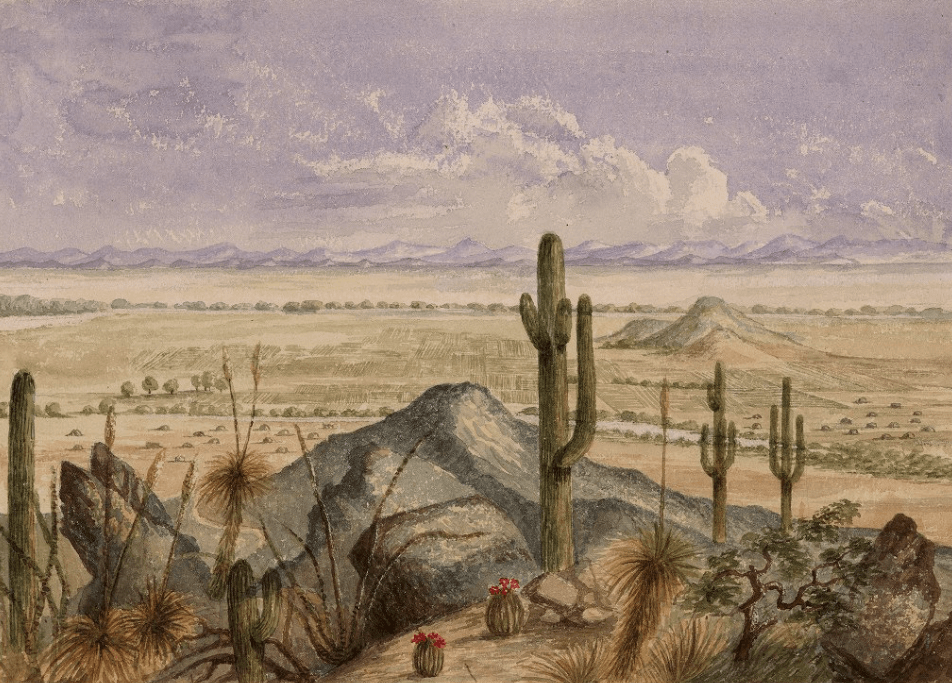 The telling of history needs illustrative maps. In a rather simple view, history is the movement of people across geography in the past. Henry Walker and Don Bufkin captured this idea in their wonderful reference book Historical Atlas of Arizona. According to these authors, “History is the story of man—his actions, his comings and goings, and his settlements. As most of mankind’s actions and travels and the places” where men and women settled are “controlled by natural settings—terrain, climate, geography, and even geology—an understanding of the land is essential to an understanding of history.”(1)

Unfortunately, in so many books today about historic events, and even many of the classic books of yesterday, the text usually screams for a map to illustrate where events happened and what the people of the times thought they knew about the lay of the land. In many written histories, the maps used seem to have been an afterthought with authors or publishers plugging-in whatever they could find. Many times, the maps used do not provide the details that are necessary to support the text where the maps are called out. Often the maps used are disconnected from the period of history being discussed. Or, large maps are crammed into a small book format rendering them illegible.

When I began writing The Walker Party, The Revised Story my goal was to put equal effort into the many maps that I felt the work needed. It took some time for me to get map-making right—almost six months—but I eventually taught myself some basic cartography and developed techniques that suited my limited skills.

So, I have created each map in this book to fit legibly on a book-size page. Where possible, I have based the background geography and the positions of rivers, towns, and other geographic locations upon a period map. Each of my maps includes notation about its source. In addition, some of the maps in this book include reproductions of the original hachures—the classic symbols for representing geologic relief in cartography—from the source map.

Readers who are familiar with the areas depicted on the maps in this book will undoubtedly find misrepresentations compared to today’s maps. These should not be considered errors as such, but rather indicative of the incomplete knowledge of the territories of New Mexico and Arizona at the time. This will help the reader understand why the people in this story were often off by many miles when describing where they were or where they were going, or in many cases simply had no clue as to their whereabouts.

Finally, I have written extended captions that enable each map to stand alone with its intended information. I believe that you will find the maps that accompany this revised, more expansive story about the Walker party very informative, and I trust that the text will be equally rewarding.

Excerpt from The Walker Party, The Revised Story: Across New Mexico and Arizona Territories and up the Hassayampa River, 1861-1863, by Pieter S. Burggraaf, available from Amazon.com. Used with permission. Read more about the book and view more of the maps in the Ortelius Showcase.

[Footnote to my readers: This article originally posted on the Mapdiva.com website, I thought it surely worth reposting. Forgive the shameless reference to my own commercial ventures.]